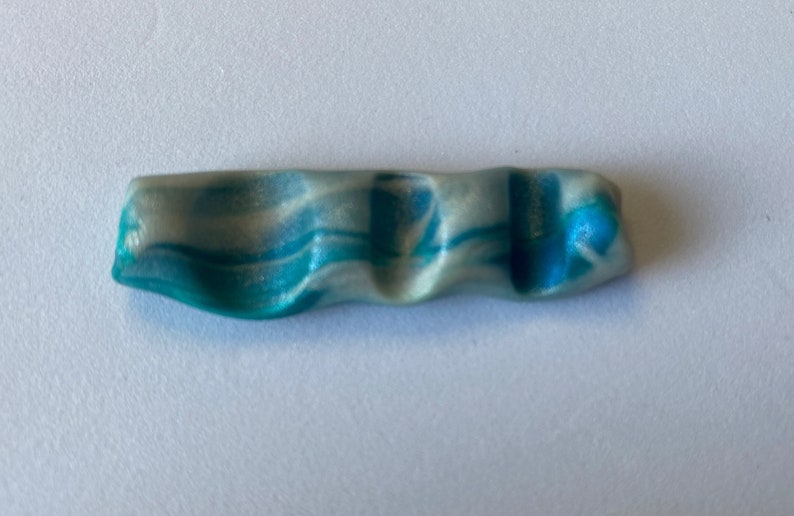 This is a unique hand made brush rest for use when painting (I use watercolours, but any style of paint brush or calligraphy brushes will be useful here). It is made from polymer clay, baked and set according to manufacturer#39;s (Sculpey) instructions. There is a little quot;givequot; in these rests, but they are set, waterproof and can snap if treated roughly. They are waterproof.

Each rest is made from imprints of my own brushes - I have bought a few rests but the larger brushes always fell out or slipped down so that the bristles were bent. So I made my own! Each rest, large or small, has rests which will be suitable for your largest and smallest watercolour brushes.

This particular brush rest has 3 cavities of various sizes. The brushes are for illustrative purposes and are NOT being sold (they#39;re my babies!!)

For an extra AU$2, I can glue magnets to the backs. I like to quot;stickquot; mine to a metal ruler alongside my selected colour pans (also with magnets) for a nifty and compact way to transport my painting station... off the dining table just before dinner!

This item will be carefully and loving packed with lots of recycled bubble wrap so it will arrive undamaged.