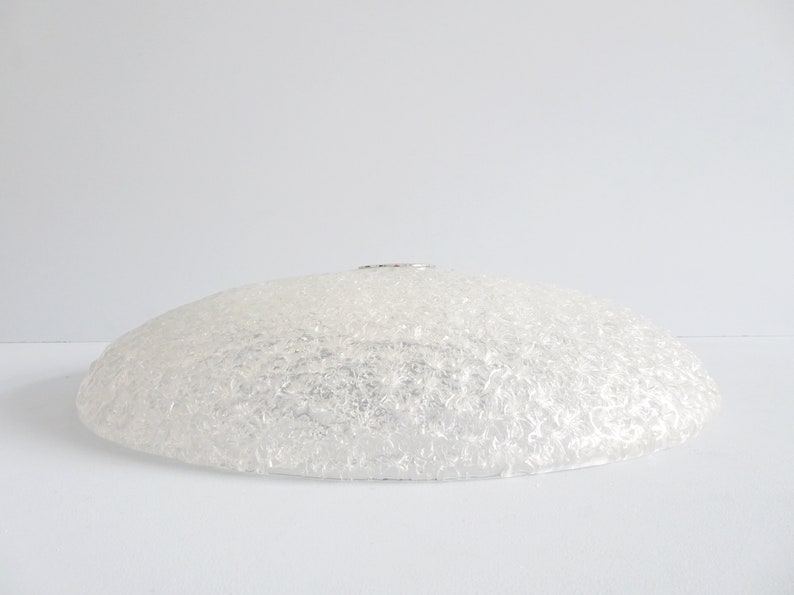 Impressive ceiling lamp by Honsel luminaires from the 1970s. With a diameter of 50 cm and the heavy textured ice glass, the plafoniere is a feast for the eyes.
Clear minimalist design in glass and chrome.

Please note the weight of 6 kg. Lamp holder 4 x E14. The attachment is done via the metal cover.

The lamp is in good used condition. Light patina on chrome.

WHEN BUYING SEVERAL PRODUCTS, ONLY 1 X SHIPPING COSTS ARE INCURRED - YOU ONLY PAY SHIPPING COSTS ON THE HEAVIEST ARTICLE - WORLDWIDE!
Each item is carefully packaged. For each package I give a number for shipment tracking.

BACK TO THE SHOP:
https://www.etsy.com/de/shop/melepele